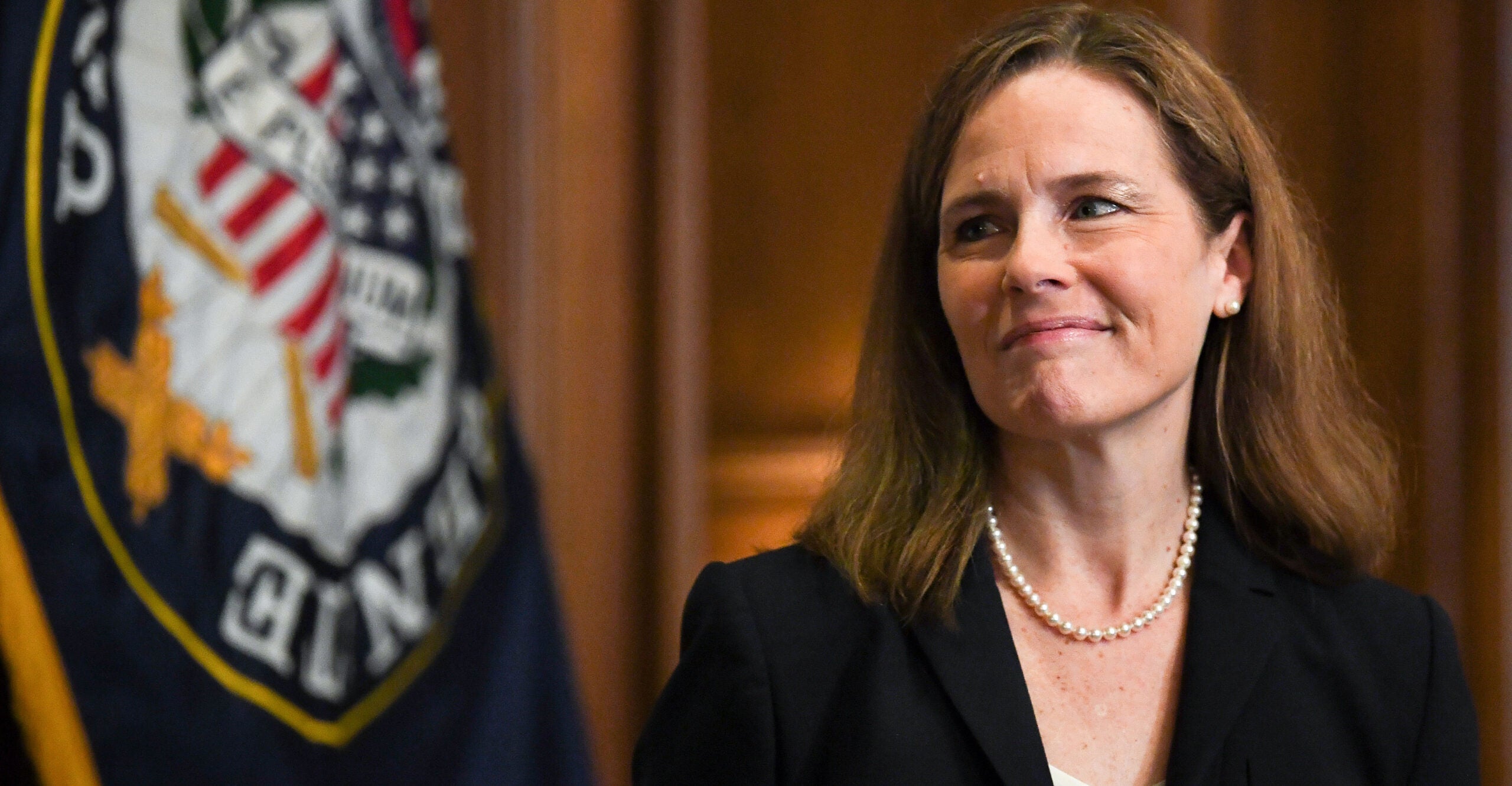 The 11 protesters chanted obscenities and yelled “pro-life is a lie, you don’t care if people die,” as they made their way through the Falls Church neighborhood, about 9 miles west of Washington, D.C.

Police were present during the protest. Barrett is believed to have not been at home.

The activists, two of which were dressed in costumes from “The Handmaid’s Tale” TV show, also chanted “no privacy for us, no peace for you” as they marched outside Barrett’s home.

“You’re breaking the law,” Cully Stimson, a neighbor of Barrett’s and a senior legal fellow at The Heritage Foundation, told the protesters as they circled around the cul-de-sac. (The Daily Signal is the news outlet of The Heritage Foundation.) He added, “you’re disturbing the peace and tranquility of our neighborhood.”

The majority of the protesters kept walking, but one activist stopped, using her megaphone to chant “hey hey, ho ho, the handmaid has got to” into Stimson’s face.

When pressed further about her thoughts on abortion, the activist said, “If a woman gets pregnant, it’s fate. The embryo is innocent, the fetus is precious, but the child, f— the child once it comes out the birth canal. Now it can die.”

Thursday’s protest was likely organized by the pro-abortion group Ruth Sent Us, which announced the protest on social media earlier in the week.

A number of the protesters carried signs, either in support of abortion or targeting Barrett and her association with the religious group People of Praise.

The series of protests at Barrett’s home come after a draft opinion of Dobbs v. Jackson Women’s Health Organization was leaked to the public, indicating that the Supreme Court is preparing to overturn Roe v. Wade.

Protesters have also targeted the homes of other conservative justices, including Chief Justice John Roberts and Justices Samuel Alito and Brett Kavanaugh.

If Roe is overturned, abortion law will likely return to the states to decide.

The Supreme Court is expected to release the final decision on the Dobbs case sometime before the end of June.

Have an opinion about this article? To sound off, please email [email protected] and we’ll consider publishing your edited remarks in our regular “We Hear You” feature. Remember to include the URL or headline of the article plus your name and town and/or state.